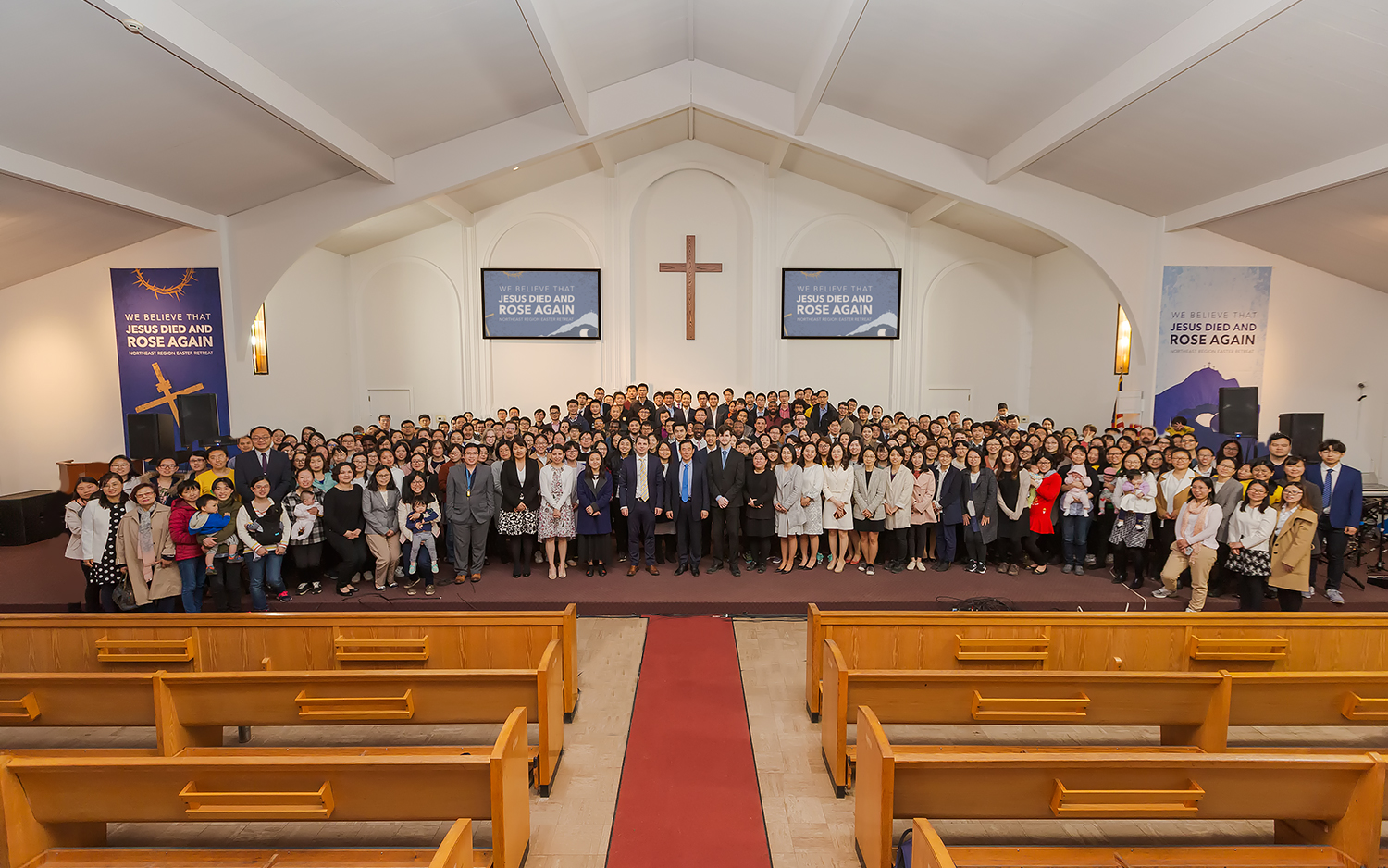 > 2019 Northeast Easter Retreat Concluded in the Grace of God

2019 Northeast Easter Retreat Concluded in the Grace of God

The 2019 Northeast Easter Retreat in Dover successfully concluded on April 21st after the closing service delivered by Pastor Anthony Chiu, from 1 Corinthians 15:1-6 and Pastor Eliana Kim delivered the intercessory prayer.

Psalms 42:6-8, 16-18. David spoke of the mockery from his enemies because he trusts in the Lord. The most difficult time of David is when the enemies surround him and demand him to prove the might of the Lord, trying to break his faith.

The proof of Gods power is found in the resurrection and the commanding power that God has over this world and its order. Paul explained that the resurrection of the dead is essential for there to be a reason for a man to have hope beyond death. Rather it would make sense to not face death and only look at life that is in front of us. But thank God the truth of the resurrection gives us the promise of eternal life to hope in beyond death.

Without the truth of Jesus Christ, there is very little value to find in this short time that we are alive.

1 Corinthians 15:35-49. Apostle Paul uses the analogy of a seed falling and dying in order to become something greater to explain the role that death is in the form of man. Just like the teaching of Jesus, that the worldly death of man to himself in necessary through the path of the cross in order to find the resurrection and the glory of the new body.

13 We know that we live in him and he in us because he has given us of his Spirit.

This is how you know that we live in Him and He lives in us. We can be positive that God has sent His son to be among us and to renew us according to the spirit, casting away our old life to take up the new life of the resurrection together with him on the cross. There is no more victory found in death because it has been taken by God to pass the righteousness that comes to us only through Jesus Christ. There is then victory found in the resurrection and the sacrifice that comes from the death of Jesus Christ.

All this learning we have up until now is to realize the great love that Jesus has to set us free from the bondage of sin. The debt of our sin was put upon the Son of God and carried by him on Calvary. How could such a great debt be carried by the son of God who didn’t have any sin? It was the love, sacrifice, and obedience of Him before that father that could allow Him to overcome the power of sin and death. We should be the ones who truly recognize the resurrected Christ through our deep knowledge of the word of God.

Jesus met the disciples who were walking back from the path of faith because they only saw the disappointment of the death of Jesus. But we should learn to see the power of love and the resurrection that has been given to us. The power to overcome death and difficulty in the world so that our suffering and sacrifice for the truth of the gospel will not lose value. In the face of the mocking and insults of the world, there is this overwhelming power of Christ and the new life that He promises to us.

Let us be the ones who realize this deeply within our hearts so that we can recognize the resurrected Christ.