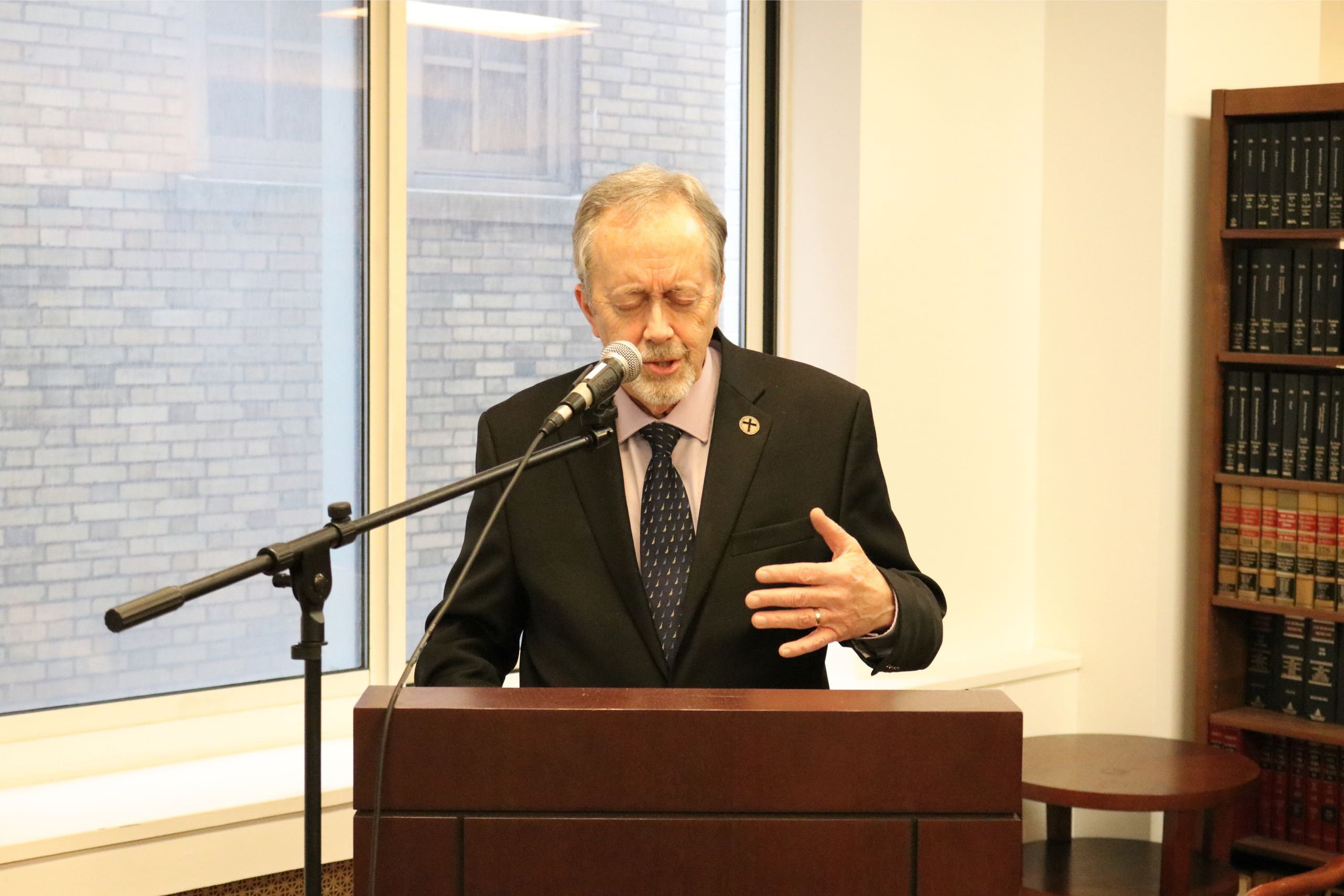 Saint Valentine was a martyr of the church around the year 200 AD. No one calls him St. Valentine anymore but he spoke out against sexual immorality. So please remember to use his name and call him Saint.

There have been some recent instances that have been in the news. There has been a dramatic rise in hate crimes in NY in the last 12 months. You don’t generally see that kind of jump but it has been increasing. The crimes have generally been against Jewish and black people. There’s also a growing awareness that ‘social media’ doesn’t really make us more social. Now we look only for those ideas with which we agree and we do not open up to what different people think. So you need to have those personal, eye to eye, face to face encounters.

There is an extraordinary example of that that I just learned ten days ago. There is a church in Staten Island, named New Hope. They spoke about how twenty volunteers who wanted to help a local down and out school. These people would come to the school around fourth period and sit individually with 3rd and 4th graders who are a couple of years behind their peers in terms of reading skills. So there are forty children, five days a week getting intensive one on one training for six months. The principal was blown away; they tested the kids before the tutoring and after. They were two to three years behind before and generally all jumped three and a half years ahead. So I thought that this is a model of church, of how we should have face to face time with the Lord.

2 Corinthians 3:18 – The Greek text uses the middle of active and passive speech. A good example of this is looking in a mirror, looking in the mirror and seeing your reflection at the same time. As we let the Lord’s glory reflect off of our faces and onto others, we see the Lord’s image reflect off of them as well. As God’s image, we reflect His image and presence to others and we get it back as well. Think about these volunteers from this church who are devoting their time for one full hour, twice a day, spending time with the children. There are probably parents who don’t spend time for one hour, face to face on any given day. This should push us to try to spend the time with our own families and empower each other in God’s glory.

Short background: this idea of God’s glory transforming others. We will look at five examples of this in the Bible.

Creation of men and women in God’s image. We are ambassadors, representing Christ. The question is whether we are doing it well or not.

The Lord, in angel or human form, communicates with people.

The Lord speaking to Moses as a burning bush.

The Lord speaking to the Israelites out of the whole Mt. Sinai, full of fire and smoke. “I am the Lord, I am the one who saved you from slavery. Here’s how you can grow in me: the Ten Commandments.”

When Moses came down and his face was shining after speaking directly to the Lord.

Genesis 18:1-2 – The Lord appeared to Abraham, three men appeared at the front of his tent though it was unclear who it was.

Exodus 3:4 – God called to Moses from the bush that was on fire, but not burning.

Exodus 20:18 – speaking to the Israelites out of Mt. Sinai. The people were scared and trembled.

Exodus – Moses’s face shining after speaking to God. Moses would put the mask on so that people could not see his glow fading so that they wouldn’t remember that he was just a normal man like them. This kind of created a gap between God and men. When Moses called all to join him in the Tent of Meeting, only one came: Joshua.

Lots of other cases in the Bible: angels appearing to the shepherds at Jesus’s birth, Jesus transfigured, a bright light coming from his body, Jesus in Revelation…and personal experiences.

12 – since we have a hope, we are very bold. This is much better than being mousy and meek. Job is patient, but not a quiet patience. Instead he cries out for the Lord to help him and He does.
13 – We are not like Moses, who would put a mask over his face to prevent others from seeing the end of the glory fading. We don’t need to hide.
14 – Their minds were made dull for the same mask remains when the old covenant is read. Only in Christ does the mask fade away.
15 – Even now when Moses is read, a mask covers their hearts.
16 – But when you turn to the Lord, the mask fades away.
17 – The Spirit of the Lord is freedom.